After a long wait, part of one of the most important scenes that will be from season 4 of The Resident is revealed. Conrad and Nic’s wedding.

The last season of The Resident we saw how Conrad and Nic got engaged to show the public a great ceremony between them.

For that reason, season 4 of The Resident will see an impressive wedding of both, where their votes will be said in a unique way in the middle of the COVID-19 pandemic.

While the couple say the remaining beautiful words, it is possible to see the entire audience that attended their celebration, in which some familiar faces seem to be missing.

One of the details that can be appreciated in the scenes of Conrad and Nic is that Mina and AJ look at each other tenderly, but will there be another wedding in the future? 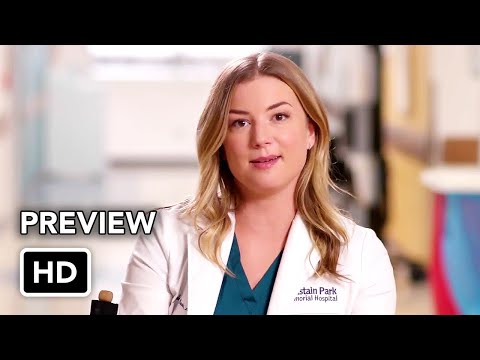 Recall that Conrad and Nic’s wedding will take place in a post-COVID world, although The Resident plans to portray the pandemic in real life through flashbacks in the season premiere.

But the first episode of season 4 will not only be happiness, since the episode is titled, “A wedding, a funeral”, and although we do not know who the other part of the title refers to, it keeps all fans worried.

Perhaps this could refer to a member of the hospital who has been affected by the COVID pandemic, leaving with health problems that would affect his life later on.