The Flash Season 7 Upgrades: From the commercial for The Flash’s June 8 introduction event, titled Good-Bye Vibrations, Cisco Ramon embarks on an additional experience with Barry Allen. 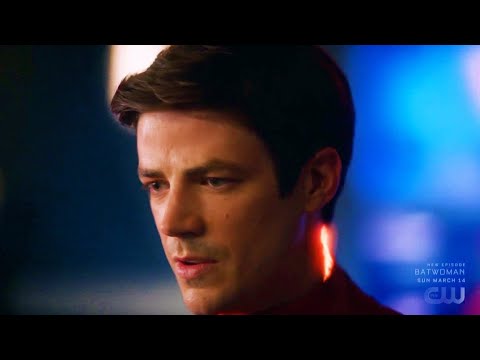 The Flash (Barry Allen) stored Central City once again, in addition to joining his household from the forces, but the hero’s feeling of safety might be momentary. Cisco (Carlos Valdes) will say farewell to his friends at the coming inaugural episode of The Flash’s seventh season, eternally altering the makeup and lively of Team Flash.

There would not be a Flash without Cisco Ramon, states Barry Allen at the teaser, which can be followed closely by Caitlin Snow hugging Cisco and asserting the remainder of the group will overlook [him] so horribly.

Caitlin and the group members have been observed bidding farewell to Cisco. And, as stated by the appearances of things, that farewell may even understand the team faces a terrifying foe, one that will put all their own lives in peril.

Cisco and Kamila (Victoria Park) will finally inform their friends they are departing Central City, based on the formerly revealed synopsis. Around that instant, a new type of an older menace will look, placing the town in danger once again. That is the end of the age, Chester P. Runk says since the brand new Rainbow Raider discharges multicolored lightning in the Flash and Mecha-Vibe.

The official synopsis states, Cisco exits from Central City. It states that Cisco and Kamila notify the group they are departing Central City. But, Barry(Grant Gustin), Iris (Candice Patton), and Caitlin (Danielle Panabaker) do not have a lot of time to process the data before a new variant of Rainbow Raider strikes.

They pressured the OG Team Flash to band together for a final time to defend the town. The episode was directed by Philip Chiara and composed by Kelly Wheeler and Jeff Hersh.

Good-Bye Vibrations: The Final Episode Marks the End of Cisco

Good-Bye Vibrations is the last episode that will feature Barry Allen as Cisco. Valdes, together with fellow first cast member Tom Cavanagh, confirmed earlier this month that they’ll be leaving the show after Season 7.

Eric Wallace, the showrunner of this Flash, has said that both performers are welcome to go back for future looks. Tom and Carlos are a massive part of the series for the previous seven decades and will be dearly missed. Both are excellent artists that have developed loved characters appreciated by audiences and fans all over the globe.