South Africa batsman AB de Villiers is the most liked foreign player in India. When de Villiers hits sixes and fours on the ground, the entire ground starts shouting ABD-ABD slogans, just like it happens for an Indian batsman. After the IPL, his popularity in the country has increased. De Villiers has now joined the elite club of India’s giants in terms of earnings in the IPL. De Villiers has become the first foreign player to earn 100 crores from IPL.

As expected, Royal Challengers Bangalore have retained this star player for IPL 2021. In the 2018 auction, de Villiers was bought for a price of Rs 11 crore. Since then, he has been retained at the same price for three consecutive years. De Villiers, playing from the IPL since 2008, has so far earned more than 100 crores from this league. He is the first foreign player to do so. Chennai Super Kings captain MS Dhoni, Mumbai Indians captain Rohit Sharma and RCB captain Virat Kohli has become part of this special club.

AB de Villiers is one of the most trusted batsmen for RCB in the IPL. The team’s performance may have been average so far but de Villiers did not disappoint RCB in any season. A total of 169 matches have been played in my IPL career so far. During this time, he has scored 4849 runs at an average of 40.40 and a strike rate of 151.91, including three centuries and 38 half-centuries. In IPL 2020, ABD scored 454 runs in 15 matches with the help of 5 half-centuries. 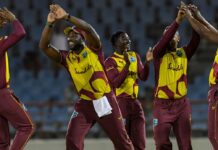