WWE Now, through its host Matt Camp, made a new weekly injury report (Injury Report) after the transmission of NXT through the USA Network. This week three fighters are under medical observation.

Finn Balor teamed up with Kyle O’Reilly to defeat NXT Tag Team champions Oney Lorcan and Danny Burch. After the match, the NXT champion was attacked by his rivals and Pete Dunne, causing damage to his fingers. According to the report, Bálor has two fractured fingers but WWE doctors cleared him to compete next week. 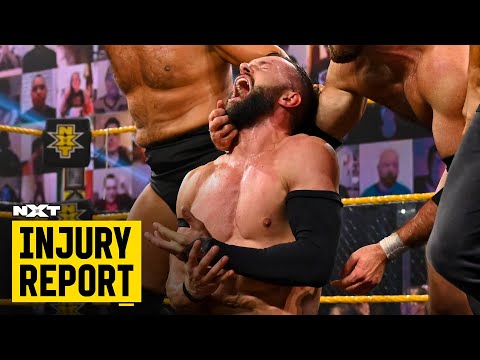 Curt Stallion was unable to compete for the Cruiserweight Championship against Santos Escobar but El Legado del Fantasma attacked him backstage. Stallion suffered a back injury and will need to rest for a speedy recovery.

Finally, Jessi Kamea who competed in the Dusty Rhodes Tag Team Classic women’s tournament with Aliyah was defeated by Dakota Kai and Raquel Gonzalez. Kamea suffered a chest and back injury from Gonzalez’s attacks but, like Balor, WWE doctors authorized her to continue competing on the weekly show.

It should be noted that the Injury Report reports were made in a kayfabe context. Some of the injuries may be real and others may be part of a story in progress.