A few hours ago, the PWInsider news portal exclusively announced the dismissal of superstar Lars Sullivan from WWE. The fighter had been under contract with the company since 2013, remaining as a development project until his NXT debut several years later.

Despite the rumors that point to multiple reasons for his departure it was Lars Sullivan himself who was in charge of clarifying the causes of his dismissal from WWE. The competitor spoke with the Fightful web portal and clarified that his departure was agreed to several weeks ago. Despite his surprise that there was no official statement to the public Sullivan understood it by the compassion and honesty with which this procedure was carried out. 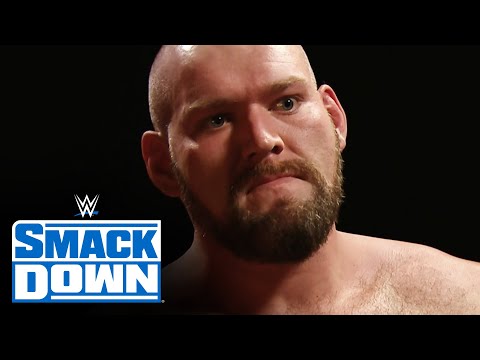 Although his departure was reported as a dismissal, Lars clarified that it was he himself who requested to leave the ring. As previously reported, the fighter has been burdened for much of his life with anxiety problems that led to paralysis. Sullivan himself considers himself his worst enemy and clarified that events such as the death of his father in 2020 only took him away from what he considered a dream job within Vince McMahon‘s company.

LARS SULLIVAN WANTS TO IMPROVE HIS WAY OF LIFE

As a result of wanting to give hope for the future, Lars Sullivan clarified that his goal from now on would be to take responsibility for his actions in the past and find his own well-being that takes him away from his psychological discomforts. Recall that the wrestler has been seen in multiple controversies within WWE for actions carried out in recent years: from his racist and xenophobic comments in body care forums to his controversial career in adult cinema.

Finally, Sullivan highlighted his gratitude to WWE for the opportunity that was given him, as well as to the creative team and his former backstage partners. He also stated that his goal with the brief comeback in 2020 was to bring more depth to his character of a lunatic affected by bullying, something that sadly did not reach greater.