Superstar Damian Priest’s debut in the WWE main cast was somewhat special relative to others of his kind. Beyond the performance of The Archer of Infamy Bad Bunny’s participation at ringside during the fight gave much to talk about among fans.

In relation to this issue, Damian Priest responded to Sportskeeda if he would like to work with Bad Bunny at WrestleMania 37. Of course, I would,  Damian clarified. How could I complain about working with one of the most popular human beings around? Sounds great to me, but I also love working with people who really enjoy what they do. I’m happy watching a fan of Wrestling fulfills his dream. You can tell he’s a great guy and he loves this business. You can see his excitement when he talks to people behind the scenes, and it’s fantastic. 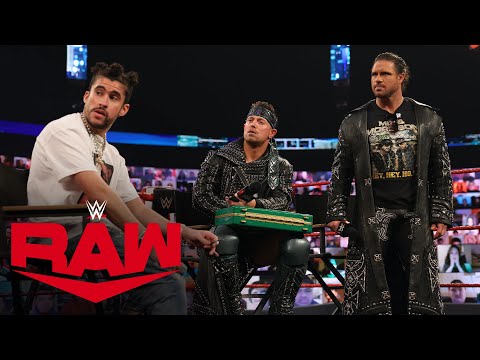 Bad Bunny Could Compete At Wrestlemania 37

Recently a rumor has been reported pointing to Bad Bunny training at the WWE Performance Center ahead of a debut between the ropes. Damian Priest also responded to these reports during the interview. I’ll just say one thing about it. This guy is very talented and determined when it comes to meeting his goals. If he wants to do this, either one-time or full-time, I’m more than sure that he will achieve his goal. He does not even fit the profile of the profession in which he works, but he managed to work hard until he reached his goals. He is also a great human being, and he works in all areas.

Bad Bunny began getting involved with WWE at the Royal Rumble 2021 pay-per-view. Far from the musical performance that he gave that night, the artist chose to give a moment inside the real battle jumping from the third rope towards the superstars The Miz and John Morrison. The next day on RAW, Bad Bunny delivered an attack on Morrison when he accompanied Damian Priest on his debut against The Awesome.