JGuru
Home WWE Booker T, On The Key To Aew’s Success: “Every Fight Is Going...

On a recent episode of The Hall of Fame podcast, WWE Hall of Famer Booker T spoke about what the key to AEW’s success is, compared the product to the early days of TNA, and ended by analyzing the popularity of ECW. The highlights below, transcript courtesy of SEScoops and WrestlingInc. 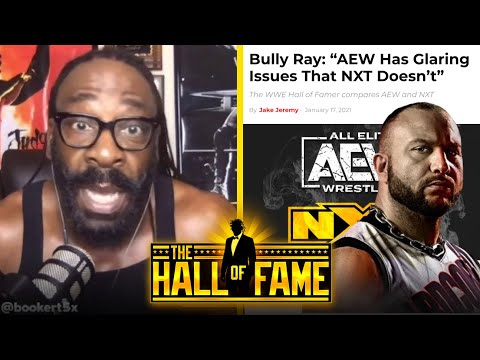 In AEW all the combats are going to be different

Wrestling is different from everything in many ways. It is not mixed martial arts, it is not boxing. Professional wrestling has always been based on entertainment. One thing you have for sure is that, in AEW, all matches are going to be different because they have a mix of guys coming from the indie scene with more experienced guys like Moxley, who look completely different. I’ve always said that wrestling is about doing the same thing as everyone else but being a little different.

Compare AEW to the early years of TNA

The six-sided ring was different. This is what attracted you to TNA in its day, in addition to its young roster with fighters like AJ Styles or Samoa Joe. These guys brought something new to the table. AEW is doing the same as the rest of the companies, but they are getting their product to be a little different. With the number of companies that exist today, it is very, very important to be able to create your own brand. If TNA had kept the ring six-sided and would have given those guys a chance to shine, TNA would be huge right now. At that time, they were seating 1.3, 1.4, or 1.5 million viewers every week. In this business, you have to know how to do the same by adding your own touch, and I think that’s what AEW is doing.

The ECW show made their wrestlers shine

If you think of ECW, you will realize that most of their wrestlers were horrendous, but the show was wildly popular. Their wrestlers weren’t the best in the world, but they managed to put on a real show. I thought Mike Awesome was amazing until I shared the ring with him. Paul Heyman made it look like these guys knew what they were doing.