Bianca Belair was one of the protagonists of the Royal Rumble thanks to her victory in the Women’s Royal Battle. Once the match was over, she was interviewed behind the scenes and declared that she wanted to live that moment before answering the question of who she is going to face at WrestleMania. You can see his statements at the top of this news. 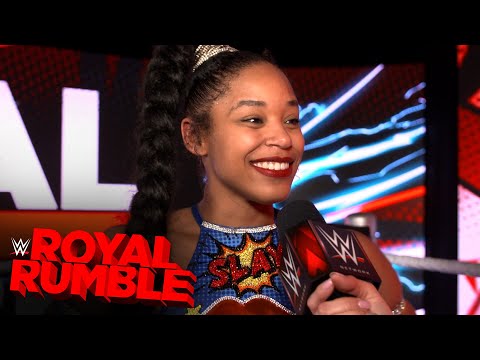 During the Women’s Royal Rumble Match celebration, R-Truth made an appearance to welcome Alica Fox, who had just entered the ring to compete. Fox surprised R-Truth when a series of wrestlers appeared to attack him and he took the victory and the WWE Championship 24/7. When Fox was eliminated, R-Truth covered her to regain the title. However, R-Truth lost the Championship again later, in a segment between bouts, where Peter Rosenberg fooled him with an appearance by John Cena, hitting him in the low end and covering him.

Through her Twitter account. He posted a picture of the wrestlers’ entrance curtain in the first instance but later wrote the following message: “Oh no, my fault. I thought it was a very nice photo of a curtain.” As you can imagine, The Man did not make his return at Royal Rumble.

Seth Rollins made his return at the Royal Rumble Battle Royal. The SmackDown superstar took paternity leave in November and has not returned to television since. Rollins appeared in 29th place and was fighting until the end when he was eliminated by Edge. It is speculated that Rollins will face Roman Reigns at WrestleMania and that Edge will face Drew McIntyre, although nothing is confirmed yet.

The Women’s Battle Royal featured the appearance of veteran wrestlers Jillian Hall, Victoria, Mickie James, Torrie Wilson, and Alicia Fox. Additionally, Naomi made her on-screen comeback after being absent since August 2020 due to injury.