WWE Now, through its host Matt Camp, made a new weekly injury report (Injury Report) after NXT through the USA Network. This week five fighters are under medical observation.

The biggest name this week is Tommaso Ciampa who is dealing with a shoulder injury as a result of his Dusty Rhodes Tag Team Classic match against The Grizzled Young Veterans. Ciampa’s injury required medical attention and he will reportedly be able to compete again if he wishes.

Candice LeRae suffered a neck injury while competing in the Dusty Rhodes Tag Team Classic women’s tournament. Ember Moon performed her move The Eclipse from the top rope over LeRae and will need to be under medical observation day by day. 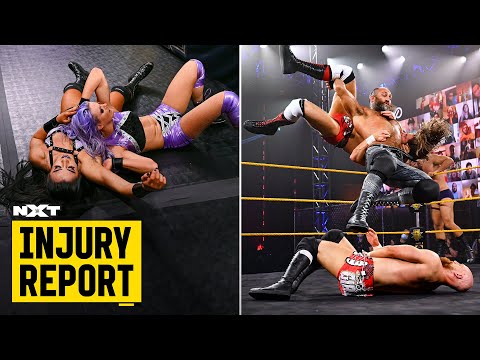 Raul Mendoza and Joaquin Wilde suffered various injuries as a result of the backstage attack with Carrion Kross. The doctors gave the authorization to both to continue competing if they wish.

Lastly, Kayden Carter suffered a back injury as a result of Xia Li’s attack. Carter will be under medical observation with day-to-day monitoring. It should be noted that the Injury Report reports were made in a kayfabe context. Some of the injuries may be real and others may be part of a story in progress.