If you have already binged your way through all ten episodes of The Umbrella Academy year two, you are not alone. It is always tough to conclude a season of a show you love and realize you’re looking down the barrel of a lengthy hiatus–but a third season has officially been confirmed. This is what we know so far about The Umbrella Academy season, including who’s returning and if filming will begin.

Netflix confirmed that production will begin in February 2021. Season 2 was announced back in April 2019 and began streaming in July 2020, therefore using the exact same timescale we can hazard a guess that The Umbrella Academy season 3 might fall sometime in February 2022. Nothing was revealed yet, though.

In terms of when we may find out, the season 2 release date was declared in May 2020, so just two months in advance of the season release. Again, if we utilize the same timescale, so we ought to keep an eye out in December 2021.

Will There Be Some New Cast Members?

The season two finale finished with a huge surprise and the show is taking things to a whole new level due to the new Sparrow Academy. Justin H. Min is back as a completely brand new Ben, who is currently two in this brand new family crew. Currently rounding out the cast is Justin Cornwell as Marcus AKA Sparrow #1, Britne Oldford as Fei AKA Sparrow #3, Jake Epstein as Alphonso AKA Sparrow Number 4, Genesis Rodriguez as Sloane AKA Sparrow #5, Cazzie David as Jayme AKA Sparrow #6, and Extisential Dread Inducing Psykronium Cube as Christopher AKA Sparrow #7.

What Is Umbrella Academy’ About?

The story follows seven talented children who were embraced by a billionaire named Sir Reginald Hargreeves. In an attempt to save the planet, he generates a center known as the Umbrella Academy, which trains them for what is to come.

Season 2 of Umbrella Academy concluded with the Hargreeves household time traveling back to 2019 after seeing the’60s. It does not take long for them to understand that their activities have drastically affected their present-day lives. 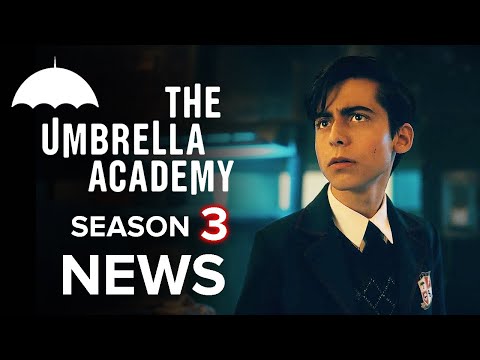