Sting will be one of the stars of the next All-Elite Wrestling PPV event. He will be part of a Street Fight in AEW Revolution, in which he will team up with Darby Allin to face Brian Cage and Ricky Starks. His arrival at AEW brought with him many doubts about his physical stability due to the serious injury he suffered in 2015 that led to his retirement. Last night at Dynamite, the veteran fighter showed that he is still capable of taking big hits.

Taz, Brian Cage, and Ricky Starks made their on-screen appearances in a segment in which it was deduced that Sting was going to face them, and he did. The Icon interrupted the Taz promo and entered the ring with his bat. Taz recalled that Sting is no one without a bat, prompting Sting to put his gun down and start a punching exchange with Cage. Sting managed to land several punches, but Cage took advantage, hit him in the stomach, and applied a Powerbomb in the center of the ring. 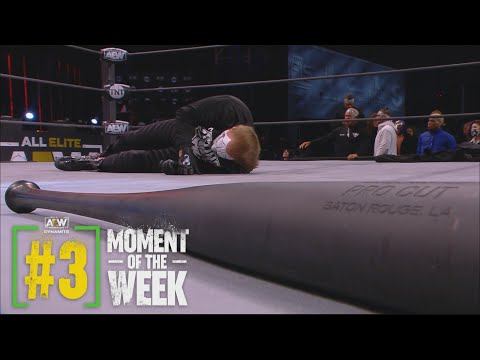 In this way, Sting, at 61, dispelled some doubts and showed that he is capable of having a physical interaction. Despite this segment, it is not ruled out that the AEW Revolution fight ends up being prerecorded with a cinematic air. Other talents like Cody Rhodes have expressed their intention to fight the legend, but there are still many doubts about Sting’s future in the ring.

Brian Cage’s Powerbomb on Sting caused quite a stir on social media. The Icon suffered a back injury during his match against Seth Rollins at WWE Night of Champions 2015 that could leave him in a wheelchair, according to the words of his doctors. There has been talking of spinal stenosis and other problems, but it has never been very clear how Sting’s back was after that night. The wrestler proposed to fight again in WWE on several occasions. His goal was always to face The Undertaker, but the board did not finish deciding for fear that Sting could be seriously injured if he stepped into the ring again.