Nickelodeon is all set to bring to you another animated Star Trek adventure series by the name of Star Trek: Prodigy. The makers of the show recently released the first look and poster for the cartoon show during the Comic-Con @ Home in July 2020.

In August 2020, Ben Hibon was chosen to be the director of the animated series, and CBS Eye Animation Productions, Secret Hideout, and Roddenberry Entertainment are the producers.

Showrunner Alex Kurtzman had signed a 5-year contract with CBS for The Star Trek Franchise and he quotes that this show would be a “kids-focused” animated series unlike adult comedy  Star Trek: Lower Decks.

Check out the casting announcement by Nick Animation right here! 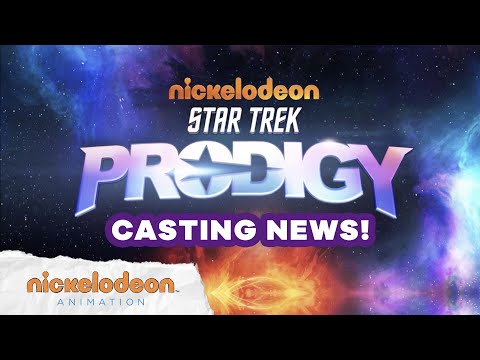 Speaking of casting… we have a little surprise for you. Keep reading.

The Good news is that Kate Mulgrew is going to resume her famous role as  Captain Kathryn Janeway and fans are super-duper excited for it.

Kate Mulgrew quotes at the Comic-Con that “I have invested every scintilla of my being in Captain Janeway, and I can’t wait to endow her with nuance that I never did before in Star Trek: Prodigy,”

The makers have not yet disclosed other cast members.

The plot will revolve around a group of rebellious teenagers who take control of an abandoned starship. As they progress on their fun ride, they come across Captain Kathryn Janeway. The teens do not just go on a one-time lawless adventure, but for them, it turns out to be an adventure for a lifetime!

The makers had announced that the show is created to get children interested in the Star Trek Franchise. This series has also been compared to Star Wars: Clone Wars and other such children’s shows inspired by movies.

However, there is no release date out for the cartoon show yet. But, there are predictions that the show will premiere in mid-2021.

Also, the makers have not disclosed the release of the official trailer yet.

Stay tuned for more updates on your favorite children’s shows only on Phil Sports News!