During the broadcast of WWE TLC it confirmed that next Friday, on Friday Night SmackDown, Sami Zayn defends the Intercontinental Championship to Big E. The two have been fighting for several weeks and Sami defeated Big E on the December 11 episode of SmackDown. Last Friday, on Friday Night SmackDown, Big E interrupted Sami during his custom Awards celebration and attacked him to end the segment.

The two fighters saw each other at the TLC Kickoff Show, where Daniel Bryan, Otis, Chad Gable, and Big E’s team beat Sami Zayn, King Corbin, Cesaro, and Shinsuke Nakamura. In the final moments of the match, Big E ironed the Intercontinental champion after applying the Big Ending. 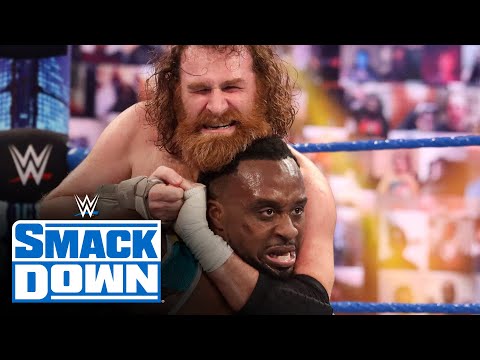 Later, during the broadcast of the main TLC show, Sami Zayn lashed out behind the scenes at Big E for leaking a video to Kayla Braxton where Sami Zayn parodied Tom Cruise by yelling at WWE staff backstage. R-Truth also participated in this segment. Big E warned him that they would see each other soon and later WWE confirmed the match between the two on SmackDown.

SmackDown Will Be Taped on Tuesday

Through a message on its official social networks, WWE confirmed last night that the episode of Friday Night SmackDown that will be broadcast on December 25 on FOX will be recorded next Tuesday 22. This has been announced by the company, where it has revealed that fans will be able to access to view it through the ThunderDome system.