‘Riverdale’ finally dropped season 5 in January this year, but even before season 5 episodes were completed, CW has already shared exciting news to the fans of the show. The teen drama based on the characters of Archie Comics is officially renewed for season 6! The early renewal came in February 2021, while season 5 continues to air new episodes. Speaking about Riverdale’s early renewal along with other CW shows Mark Pedowitz Chairman and CEO of The CW Network, said in a statement via Decider.

The gang finally graduates, tonight. ???? a very sentimental, emotional episode for everyone who has been on this #Riverdale journey with us since day 1. pic.twitter.com/7EbiLl8PX0

Though we’re just a few weeks into the new season, we wanted to get a strategic head start on next season with these early renewals which allows our production teams to start laying out story arcs and hiring staff and at the same time, continues to provide us with a strong stable schedule to build on for next season.

When Will ‘Riverdale’ Season 6 Release?

Season 5 is currently airing new episodes weekly, so we might have to wait for a while (possibly till next year) for season 6.

Season 5 has started releasing new episodes on January 20, 2021. The show is currently available on CW, and you can also stream it via Netflix. The current season episode (season 5, episode 3) sees the gang finally graduating, which is quite a moving scene knowing how much they’ve been through. The gang finally graduates tonight. A very sentimental, emotional episode for everyone who has been on this #Riverdale journey with us since day one, Riverdale star Lili Reinhart tweeted.

#Riverdale has been RENEWED for Season 6! https://t.co/Y5SlthaAor

What Is The Production Status Of ‘Riverdale’ Season 6?

As of this writing, production for Riverdale season 6 is yet to begin. Filming usually takes place in Vancouver, British Colombia. The pandemic disrupted the productions for season 4 and season 5, and it might happen for season 6 too. Season 4 only managed to complete 19 of the 22 ordered episodes of the fourth season. While season 5 also had to halt productions temporarily for Covid-19 testing.

Riverdale’ Season 6 Plot: What Will Happen In Riverdale Season 6?

The season 6 renewal has just come out and season 5 has not concluded yet, so it’s hard to predict what will happen in season 6.Albeit fans are hoping that the new season will give some of the characters more screentime and development. One fan tweeted: Wow another chance for you to give chronic more screentime than two mins per ep We are expecting to get more updates on season 6 in the upcoming months. For now you may watch ‘Riverdale’ season 5 with new episodes coming out weekly on CW and Netflix.

Who Is In The Cast Of ‘Riverdale’ Season 6?

The official casting for Riverdale Season 6 is yet to be announced but we are expecting the regulars to return for season 6. That means KJ Apa and Lili Reinhart will most likely reprise their roles as Archie Andrews and Betty Cooper. They should be joined by Camila Mendes as Veronica Lodge and Cole Sprouse as Jughead Jones. Drew Ray Tanner and Erinn Westbrook were introduced in season 5 as Fangs Fogarty and Tabitha Tate so they might also return for season 6.

Is There An Official Trailer For ‘Riverdale’ Season 6? 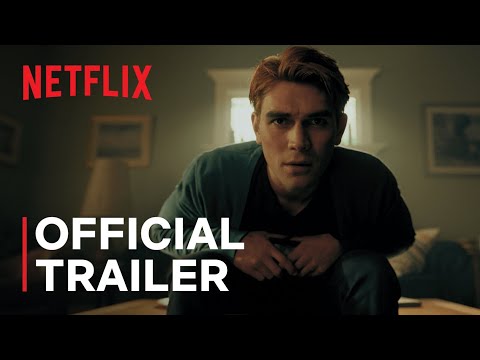 There’s no official trailer for season 6 yet, but knowing that it is indeed happening, we can rest assured it will be here as soon as possible. For now, here is the season 5 trailer for you.