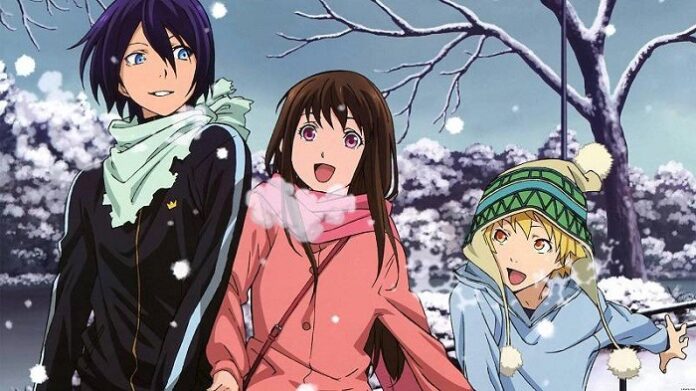 Noragami which means Stray God in English is a Japanese manga written by Adachitoka. The series has 22 volumes with the 22nd volume released recently in November 2020. Noragami is one of the famous manga out there. This is why fans are expecting a Season three although the last season was released back in 2015. Noragami was adapted by Bones Studio for its Anime version.

The story is about Hiyori Iki who unfortunately came across a bus accident. In order to save a stranger something unusual happens to Hiyori. Her soul slips out of her body and transports into the world of demons, gods and souls. The world she lives in is called Near Shore and the world she gets transported to is called Far Shore.

She meets, Yato, a nameless god. Yato doesn’t have a temple yet. But he wishes to make a temple for him so that people remember him and worship him. For this purpose, he decides to charge five yen from humans who want their wishes granted. Hiyori decides to give him 5 yen and wishes to return in her body. She also wants to lead a normal life. But Yato has different intentions.

There is no official announcement about the renewal of Season 3. Hence we do not have a date yet. A not so reliable source has predicted the release of Season 3 soon. Vol 21 and Vol 22 have recently added to the content of this manga. The reason why there was no Season 3 yet is the lack of content. However, the content is now available hence productions should start soon.

Where To Watch Noragami Season 1 & 2?

Noragami is not available on Netflix. You can watch Noragami and Noragami Aragoto on Funimation and Crunchyroll. The dubbed and subbed version of it is also available on Hulu. Enjoy them and stay posted for more updates.