Reality show Love Is Blind is all set to return to Netflix for a season 2 after a successful release of season 1 on 13th February, 2020. The show’s creator Chris Coelen recently quoted that, “I want to see a season two or a season 12, don’t you?” in an interview with OprahMag.com. This comes as good news for the fans of the show as they will have more steamy details to discuss.

What Is Love Is Blind All About?

As the title suggests the show does have a lot to do with blind dating and marriage.

Love Is Blind features men and women who are looking for love. They are given a chance to date each other using dating “Pods”, which means that the couple would not be able to see each other throughout their dating period. As they progress with the dating, some participants eventually fall for each other and decide to propose. Once the proposal is accepted, the engaged couples get to see each other finally.

Further, the couples are sent for a vacation to Mexico where they explore their relationship and also mingle with other engaged couples. After the retreat, they are given a chance to live under the same roof and also meet their respective families to know each other better and inspect each other’s living conditions. Finally, when things go smooth, a wedding day is fixed for the couple and they can choose to get married at the altar. The couples who say yes are the ones who prove that love is indeed blind.

This incredibly new concept kept the fans glued to the show. Season 2 is probably going to continue with the same format and the famous dating pods will resume again.

Participants for the new season will be chosen on an audition basis and there rumors that lovers of different age groups would be cast. This may include young adults and seniors as well.

Couples in season 1 include:

There was a reunion special of Love Is Blind on the official YouTube channel of Netflix and that teased a new season for the show. 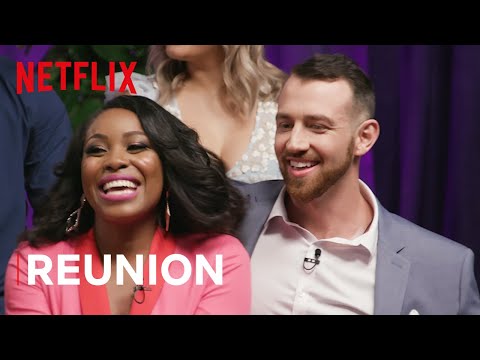 Keeping in mind the current pandemic situation, the tentative release date of the show seems to be only in mid or end of 2021. Apart from that there are no official release date announced yet.