JGuru
Home Technology The SSC Tuatara Is Already The Fastest Car In The World, But...

E 508.73 to 455.3 km / h. That has been the history of the speed record of the SSC Tuatara, the American hypercar that -this time it seems so has achieved the best speed record for a production car although not The record nor your initial goal. 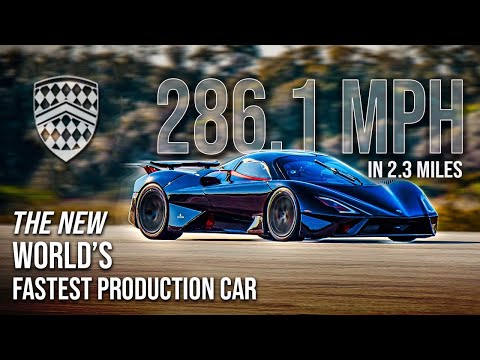 That is still in the hands of the Bugatti Chiron with its tremendous 490.484 km / h although in this case carried out in a speed ring and without changing direction, as established by the FIA and Guinness Book regulations but at least the creature of Jerod Shelby he has managed to dethrone the Koenigsegg Agera R in records (signed Swedish sports 447.237 km / h). Also, he has done it with the owner of the number 1 unit, Larry Caplin, at the wheel.

To do this, they carried out two trips on the track of the Kennedy Space Center in Florida -one in each direction-, with respective marks of 450.1 and 460.4 km / h, resulting in an average maximum speed of 455.3 km / h.

This time, the record has been certified by Racelogic, the supplier of test measurement equipment. Of course, nothing to reach the psychological barrier of 300 miles per hour (482,803 km / h) was the first objective of SSC, and from which they have stayed far although they have already announced that they will try again.

With the Look back at 500 km / h. In fact, to achieve this they would need a different scenario since they used a straight of just over 3 kilometers compared to the section of 11 that was used for the first attempt.

The record of the American car of 1,775 horsepower comes in the second attempt. In the first, it marked stratospheric 508.73 km / h, with the pilot Oliver Webb at the wheel, but it was canceled when it was found that the measurements did not correspond to the images in the onboard video.

Before this second attempt, there was a second test, already with the owner of the vehicle at the wheel, which did not culminate in an attempt due to the mechanical problems that arose in the propeller, but the third time was the charm although overcoming the barrier of the 500 km / h seems to have to wait.