JGuru
Home WWE Roman Reigns, On Being The Last Eliminated In Several Royal Rumble: “It...

The WWE Universal Champion, Roman Reigns, has been interviewed by the YouTube channel The Herd to promote the arrival of the PPV, Royal Rumble, this coming Sunday. During the conversation, he has addressed many current topics of the company and the changes due to the pandemic. 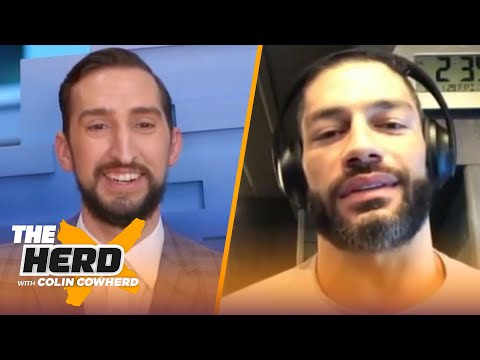 How is the case of Royal Rumble and the lack of public? For Reigns, Royal Rumble still has that big event aura. From an annual standpoint, we provide so much for our fans to get excited about, and there is no question that WrestleMania is our biggest event.

But when you do it 52 weeks a year, you have to keep offering special events for your fans. That’s what we do and Royal Rumble is a great example, he explained.

Reigns have a curious peculiarity with the Royal Rumble: he has finished in the last three matches of this type in which he has competed. While victory is always the main goal, Reigns spoke about why being the last eliminated is a huge responsibility.

I’ve won it before, I’ve been in the top two and the second guy many times, I guess he’s called the loser of the match. But that’s a huge responsibility, to see that winner and to be able to take him forward to the biggest event of the year, WrestleMania, to put him on that path to glory. It is a great responsibility as a performer.

One thing I really want to convey is that I want to make it clear where you are getting into. Sometimes he fools himself a bit, but he’s a tough guy, he’s a very tough guy. But I am the champion, the Tribal Chief because I have been giving a high level for a long time.