Amid the uncertainty due to the COVID-19 infections, superstar Rey Mysterio revealed on the Start Today podcast that his entire family contracted the virus at the end of December. Next, we review the most prominent statements regarding his testimony.

It was a very confusing situation for me and my family. We had a hard time understanding how this disease works, as it is something that constantly changes. My parents suffered from COVID around my birthday (December 11) and we had to take care of them. We tried everything not to get the virus, but somehow it made it to my house. 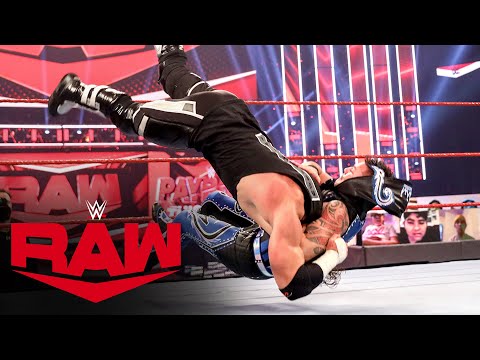 My housekeeper also contracted the virus, and it quickly passed to my wife. I was with her for three days before I traveled to do SmackDown, and it was there that I learned of my housekeeper’s diagnosis. I quickly contacted WWE and so much. I and Dominik tested negative the night before the show. My daughter and wife had also tested negative, which was confusing for everyone. I flew home quickly on Saturday, and that night I was feeling very ill and with a huge headache.

I remembered that my wife felt the same, and we opted to lock each other in their rooms. On Tuesday we had another test and we both tested positive. Dominik and Aliyah tested negative, but as the days went by they began to show symptoms. Dominik gave positive Wednesday, but Aliyah never received a similar diagnosis despite suffering the same as the others.