JGuru
Home Technology Interracial Couples, Bloodless Syringes And Airpods : This Is How The New...

Version 14.5 of the iOS operating system, still in beta and available only for skinners, will bring important changes for iPhone and iPad users. The most important are undoubtedly those related to privacy. This spring, when the public version hits phones, users will have more control over how apps track their activity, a change that has infuriated Facebook. But another change will be much more evident. In iOS 14.5, Apple has included new emojis and altered some of the existing ones on the platform to be more inclusive. In total, there are 5 new emojis: a face exhaling smoke, another with spiraling eyes, and a third emoticon surrounded by mist. Apple will also include two new hearts, one burning, and one bandage.

Changes to existing emojis are more subtle but important too. All emojis, including those representing a woman, can be bearded. Couples emojis, which show two people within the same icon, can now have different skin tones to represent interracial couples. Three emojis in the current catalog will also change their appearance. The generic headphones will now become AirPods Max, the headphones that Apple announced late last year. The syringe emoji will also undergo a modification.

The current one shows a red liquid inside the syringe and a few small drops coming out of the tip that resembled blood. Now, in the middle of the vaccination campaign against COVID-19, the emoji will become less threatening, with a blue liquid and no droplets coming out of the end of the needle. Finally, to the emoji that represents a climber or a climber, Apple has added a helmet. The emojis that are present in the different operating systems are governed by a non-profit organization, the Unicode Consortium, which compiles the list of official icons that must be supported.

The most recent standard, 13.0, was approved in late January and comprises a total of 3,178 icons and pictograms, although most are rarely used. The Unicode Consortium, however, does not design these icons, it only publishes their description. It is up to each platform to interpret what they describe graphically. This means that changes in one platform are not necessarily reflected in others. If an Apple user sends a syringe emoji to an Android user, the Android user will see a different icon, designed by Google or in some cases by the manufacturer of their phone.

Applehic , however, plays a very active role in the approval process, and its decisions often end up being accepted by the other platforms. In 2016, for example, the company decided to change the look of the “gun” emoji, which is traditionally represented as a revolver. Starting with iOS 10, its appearance changed to that of a squirt gun. By 2018, most platforms had joined the initiative, representing the “gun” concept with a toy gun. In addition to the new emojis, Apple will add new customization options for emojis in iOS 14.5, the three-dimensional avatars that users can make of themselves to use in messages. 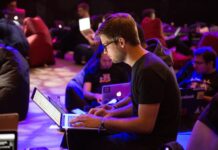 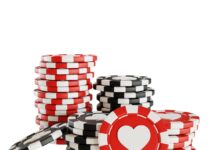 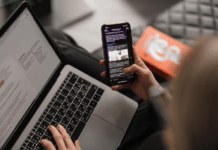