The episode begins immediately with the fight for the Tag Team titles of the yellow mark.

The action begins shortly after the broadcasts begin. Maverick throws Oney into the screens while Killian does the same to Burch on the steel stairs. The champions recover and corner Dain, who manages to quickly counterattack. Drake is used as a weapon against his opponents, and together with his partner, they apply a double kick to the head. The four men fall to the ground after another physical exchange. Lorcan neutralizes Maverick with a chair. Killian looks for his two rivals but ends up walking through a table.
Lorcan attacks Maverick with a belt after the commercial break. Killian enters the ring and takes it out on his two rivals. Maverick takes over and the champions throw Dain onto the tables without breaking them. Drake applies low blows and takes the belt to whip Lorcan and Burch. Dominate until you get hit in the soft zone and hit with a cricket paddle. Double DDT for the win.
Winners and Still Champions: Oney Lorcan and Danny Burch on behalf of three

The Way decorates your home for the holiday celebration to the tune of a piano “played” by Johnny Gargano. The latter takes a camcorder and focuses on Austin Theory opening his gift: a “Gargano’s Way” protein container.

Finn Bálor and Kyle O’Reilly review their encounter at NXT TakeOver 31. They both agree that it has been one of the toughest in their careers, but this time they will make their rematch that much more painful in every way.

The two men struggle until “Swerve” manages to land several blows to the chest. The wrestler maintains control during the commercial break, but Atlas escapes an Ankle Lock and gains ground for an accolade against the canvas. Scott recovers by throwing his rival to ringside and applying a Suplex. Atlas connects a Hurracarrana in the corner, but Isaiah falls to his feet and they begin a physical exchange. Jake receives a Headbutt and is finished off with the Confidence Boost. 1 … 2 … 3 …
Winner: Isaiah “Swerve” Scott on the count of three

Isaiah offers Atlas a handshake, but the latter refuses and quickly leaves for ringside.

Adam Cole And Roderick Strong are interviewed backstage. Those of Undisputed Era clarify that his partner Kyle O’Reilly will achieve a different result in New Year’s Evil. The Velveteen Dream appears in front of them and starts taunting Cole. The latter slaps him and warns that tonight he will give him what he deserves.

Timothy Thatcher dedicates a message to Tommaso Ciampa. He warns that the former champion challenged him to a heads up and accepted at ease at TakeOver, but Ciampa only escaped when the challenge was returned. He warns that tonight he will take “liberties” with Leon Ruff in a heads up, and hopes to see Ciampa settle accounts.

(Raquel Gonzales will not be able to be ringside)

Rhea breaks an arm lock with her Powerbomb after the commercial break. Dakota is overcome for several minutes until she receives a lock to her legs. Raquel Gonzales remains at the entrance of the ring and watches the action carefully. Ripley is distracted and allows his opponent to apply a Canadian Destroyer to him. Kai searches for a key, but only receives the Riptibe before being pressed.
Winner: Rhea Ripley on the count of three

Raquel slowly approaches the ring despite being surrounded by several officers. He stares at his rival and they quickly enter a physical exchange. Ripley and Gonzales are barely separated by the referees and the production team.

We return to the Gargano residence, where Indi Hartwell opens her gift: A PLAY STATION 5 … or rather, the empty box of one. Johnny clarifies that there are greater presents than a video game console, and clarifies that the competitor will receive the most important gift of all: to be baptized as “Indi Wrestling” by Johnny himself.

Xia Li continues to punish Boa in front of her master. Their training to become warriors is nearing completion.

Reed quickly dumped his opponent to the ground and delivered a fierce Tsunami from the third rope for victory.
Winner: Bronson Reed on the count of three

Io Shirai immediately enters the ring. Grab a chair and a microphone, and call Toni Storm to face her. Toni’s music blasts through the speakers. MERCEDES MARTINEZ ATTACKS IO SHIRAI! The competitor officially returns to NXT and ends with the current Women’s champion.

The former North American champion is easily outmatched by his opponent. Ruff tries a neck lock but falls with an Uppercut followed by a Suplex. Leon seeks some advantage but is easily outmatched. Thatcher goes down to ringside and leaves a chair for Tommaso Ciampa. Ruff takes advantage of the distraction for a roll-up and applies several Dropkicks. He tries a springboard, but Timothy reverses with another Uppercut. Prepare a leg lock. Ruff’s Crucifix! 1 … 2 … 3 …
Winner: Leon Ruff on the count of three

Timothy takes it out on the winner at ringside. When he enters the ring, Tommaso Ciampa surprises him with a modified DDT and clarifies that his challenge has been answered. Tommaso Ciampa will face Timothy Thatcher in a Fight’s Pit New Year’s Evil 2021.

In his art room, Dexter Lumis confirms that Raquel Gonzales and Rhea Ripley will face off in a Last Woman Standing in New Year’s Evil 2021.

After starting with some key, rust dominates with several blows to the chest and face. Daivari counterattacks with a neck breaker using the ropes and a Dropkick to his opponent’s back. Tyler rises from punishment and applies a lock to Ariya’s back. The latter surrenders and the bell rings.
Winner: Tyler Rust by surrender

Leon Ruff is interviewed after talking with William Regal, and he clarifies that he has received a great gift for this Christmas: a rematch against Johnny Gargano for the North American Championship next week.

Roderick Strong vs. Pete Dunne announced for next week.

The Velveteen Dream vs. Adam Cole (with Roderick Strong)

Cole connects the first attacks, but his rival connects an attack to the face that leaves both against the canvas. Pete Dunne enters the scene and attacks Roderick Strong! Velveteen takes advantage of the distraction and places himself on Adam.
The Dream attempts a jump after the commercial break, but fails the fall and gives Cole an advantage. GTS from the Undisputed Era. Velveteen seeks momentum. but a Superkick sends him to the mat. Velveteen tries a jump to Cole at ringside but falls badly and they must wait a while to retake. Dream returns to the ring and receives a Figure Four. Velveteen escapes and takes advantage of a kick from Cole that almost goes towards the referee to crash him against the canvas. He connects the Purple Rainmaker, but Cole gets up and finishes with the Last Shot. 1 … 2 … 3 …
Winner: Adam Cole on the count of three 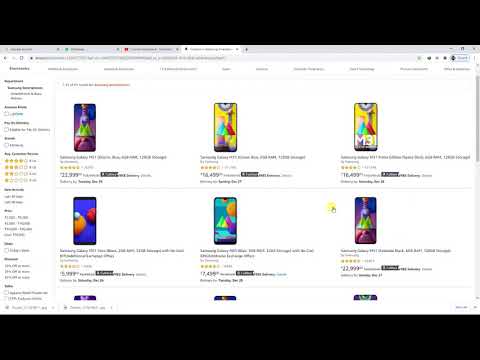