The opportunity to interview Lana on a video call managed by WWE. In the talk, Lana has discussed different topics of interest such as the harassment suffered by some fighters on social networks or their goals for WrestleMania. Below we offer you the full of his statements. I would like to ask you about a sad reality that you have talked about in your WWE Network special. Several stars of the WWE women’s division have had to deal with hateful and harassing messages both on social media and in real life, and you have been one of the personalities who from the beginning has tried to eradicate and raise awareness about cyberbullying. What can you tell us about these situations?

There is a lot to talk about cyberbullying. I feel like I started being a target during my time with Bobby Lashley and it was interesting because when it happened I was still traveling the world and performing in front of the WWE Universe, and it was okay because I listened and felt the gratification of the boos and the people who got angry. So with the pandemic, the only interaction I had with people was social media and all those hateful messages. The first week I let it go, the first month, six, seven.

I’m a very sociable person, I love people, I love interacting with people, and so not having that was a big problem and had an impact on my mental health. Seeing all this I wondered why I existed, I was very hated. I get excited talking about it. Cyberbullying affected my mental health a lot and I was already very committed to it. We have to fight, be good and nice because we never know the problems people can have.

“Having lived through this has committed me to the subject even more because I am not even a small young man. I can’t even imagine how a 10 or 15-year-old boy feels when he goes through puberty, the changes, trying to shape his life, and then he gets all the hate from these people. I have a lot of empathy and compassion for that and I wish that we were all a little more sympathetic and pleasant to each other because words have a lot of power, and we can bring both life and death with them, we can motivate or tear people down.

And before you motivate the people who are watching this, if you want to say something nasty on Twitter, Instagram, or YouTube and it could be to rant against a TV show, like ‘oh, I don’t like that TV show’ That can hurt someone because there are actors, artists, athletes, who go out and put their all into something, and you know, sometimes we need a little encouragement not to give up, and sometimes it can also be to not give up in life. Some people don’t have the strength to go on and live, and when they encounter all this negativity, it can become enough for them to take their own lives. I think that after all none of us wants to do that, so let’s try to encourage ourselves to be better people. 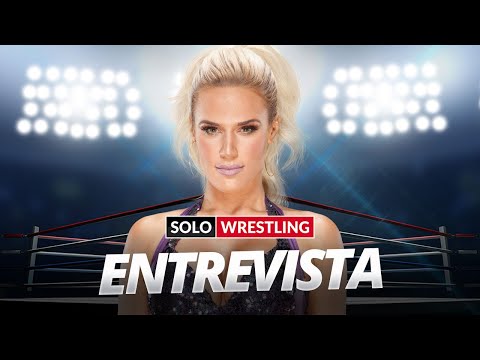 Now let’s talk about Lana and Naomi because you are the number one contenders for the Women’s Tag Team Championships, but Dakota Kai and Raquel Gonzalez have also earned a chance with the Dusty Rhodes Tag Team Classic. What are your plans right now with so many open fronts?

It’s honestly terrifying but at the same time extraordinary. I don’t like that all these women are legitimately bigger, stronger, and more skilled than me, and it’s crazy. I know I’m going to go out to that ring to get my ass kicked. I’m definitely going to take a beating, a big beating. You can hurt me and make fun of me but you’re not going to stop me. I like challenges. I have done a lot of physical and mental preparation, but I am going to continue fighting and I am going to be a champion. It’s going to be the story of the true underdog’. I hope it motivates other people to achieve their dreams, the sky is the limit.

It’s not Sunday yet so anything can happen, as we know what happens in WWE. Maybe it’s because of the Women’s Couples Championships. Who knows, that’s the most exciting thing about WWE, that they always keep us uncertain (laughs). We never know what will happen. I really hope something like this happens, maybe we will have an Elimination Chamber match for the Women’s Tag Team Championships and we have to be ready. I’m getting ready, I’m getting ready physically and mentally and Naomi and I already have the outfit because you never know what will happen. I hope that women are represented in the Elimination Chambers and that we continue to maintain great digital numbers. I think the women are doing very well so we should have an Elimination Chamber match.

WWE WrestleMania 37 will take place on April 10 and 11 from Raymond James Stadium in Tampa, Florida. What are you looking forward to in this year’s edition, six years after your first appearance at WrestleMania? And of course, who would you like to face?

OMG. I’d love to, one of my dreams is to hear my own song while going down the ramp and have an incredibly cool entrance. And the craziest thing is that six years ago, Rusev and I thought about our entry and WrestleMania all the time, we had a very clear idea and that is the most important thing about having an idea and having goals. Set goals and dreams for yourself, have the audacity to dream big because if you don’t have big dreams if you don’t visualize them, be clear that they will never happen.

Imagine something incredible, imagine something unthinkable to happen. So we imagined these unimaginable things and they happened. I have very big dreams, I prefer to rush through the sky and land on a mountain than not dream big. Nia and Shayna love to laugh at my dream and that’s okay, you can laugh all you want. But when I’m a champion and hold those championships at WrestleMania overhead, I’ll be laughing, I’ll be the last to laugh. That is what I would like to do. I would love to come to WrestleMania as a Women’s Tag Team Champion and retain, or become a champion at WrestleMania.

That would be great. And now my last question. I always say that this is probably the most complicated, so what is your main goal in 2021 in WWE? I want to be a champion. That is my goal, I see it and I am doing everything I can to achieve it. Every minute of every day I’m working to be the biggest competitor I can be, the biggest WWE Superstar I can be, and the biggest artist I can be to tell the greatest stories. I’m giving my all By the end of the year I want to become a champion and it will be one of the greatest stories of all time.