Booker T recently discussed on his Hall of Fame podcast the idea of ​​getting into the WWE ring once again. Booker proposed the idea of ​​facing Triple H since even today he has a bad taste in his mouth from his fight at WrestleMania XIX and would like to remove that thorn if the amount of money is adequate.

If Booker T vs. Triple gets to celebrate, it would have to be in Saudi Arabia, because WWE is paying good checks to fight there, said Booker. For me to get into the ring, the situation would have to be correct. I’d like to get paid. Someone could say that I am still struggling in my school, and yes, that is my place and my job to teach my students and show them how this is done. But yes, I would love to have another fight, if the situation is correct, with Triple H. 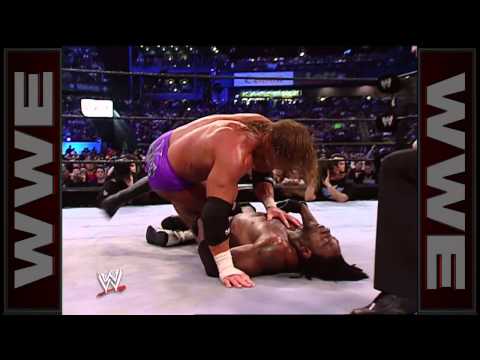 The thing about that WrestleMania XIX match, of course, is that the ending wasn’t what most of the fans wanted that night. Many people wanted me to win that night, I remember a couple of managers told me Book you should have won today. Well, you decided, you had that responsibility, why didn’t you propose it?

One of the most iconic matches that Booker T and Triple H had in their careers was the one that recalls the WWE Hall of Famer at WrestleMania XIX on March 30, 2003. In that match, Triple H defended the World Heavyweight Championship. against a Booker who got the opportunity by winning a Battle Royal on Monday Night Raw after eliminating The Rock.

Booker T’s last televised match in WWE was on April 1, 2012, at WrestleMania XXVII, when he teamed up with Zack Ryder, Kofi Kingston, The Great Khali, R-Truth, and Santino Marella to face Drew McIntyre, The Miz, Dolph Ziggler, Mark Henry, and David Otunga. To this day, Booker fights punctually in the independents.